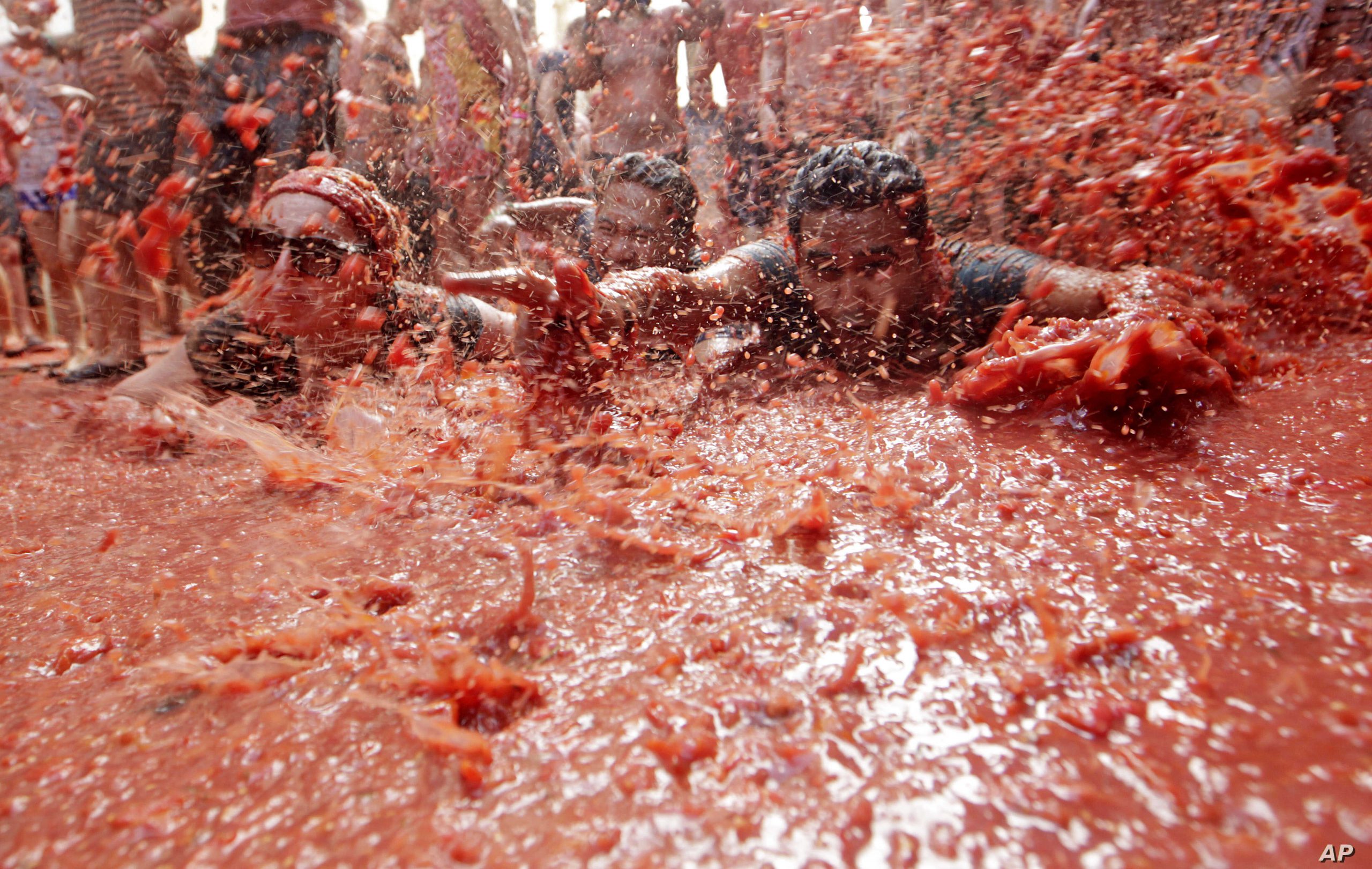 People lie in a puddle of squashed tomatoes, during the annual “tomatina” tomato fight fiesta, in the village of Bunol, 50 kilometers outside Valencia, Spain, Wednesday, Aug. 31, 2016. The streets of an eastern Spanish town are awash with red pulp as thousands of people pelt each other with tomatoes in the annual “Tomatina” battle that has become a major tourist attraction. At the annual fiesta in Bunol on Wednesday, trucks dumped 150 tons of ripe tomatoes for some 22,000 participants, many from abroad to throw during the hour-long morning festivities. (AP Photo/Alberto Saiz)